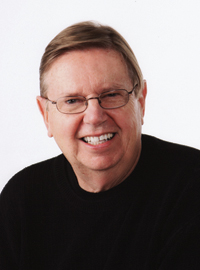 Mentions: Inducted into the Percussive Arts Society "Hall of Fame" (2011)[1]

Professor Emeritus Thomas Siwe earned both his B.M. and M.M. degrees at the University of Illinois. Upon graduation, he performed extensively as a soloist and recorded both solo and ensemble music, playing with such diverse groups as the Chicago Symphony, Boston Pops Orchestra, University of Chicago Contemporary Chamber Players and the Harry Partch Ensemble. He is a former member of the Chicago Lyric Opera, Sinfonia da Camera, and the U.S. Marine Band at Camp Pendleton. Professor Siwe began his teaching career at Northwestern University. He later taught at the University of Wisconsin and Northern Illinois University before returning to his alma mater, the University of Illinois, to direct its percussion program from 1969 to 1998. His students may be found teaching in many well-known collegiate music schools and departments and are members of some of the most prestigious performing organizations throughout the United States. As a past president of the Percussive Arts Society, Professor Siwe served on the Society's Board of Directors and contributed articles to both Percussive Notes and the Research Edition. His catalogs of percussion ensemble and solo music are found in libraries throughout the world. They are currently available on-line at the PAS web-site, www.pas.org. His most recent publication, Percussion: A Course of Study for the Future Band and Orchestra Director, is available from Media Press. [2]