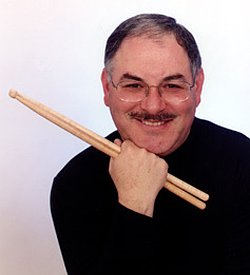 An active percussion soloist, he has been heard at many music festivals including the Fromm Festivals at Tanglewood and Harvard, the Berkshire Music Center and for six consecutive summers the prestigious Marlboro Festival. Neil has toured the United States with the Boston Symphony Chamber Players, Music from Marlboro chamber series, and as mallet soloist with the Broadway production of Pirates of Penzance.

As founder and president of Grover Pro Percussion, Neil Grover’s innovations in the design and manufacture of percussion instruments has contributed immensely towards raising the standards of excellence in the percussion industry. He was formerly professor of percussion at the Boston Conservatory and the University of Massachusetts and holds the distinction of serving on both the Board of Directors and the Sustaining Members Advisory Council of the Percussive Arts Society.[1]