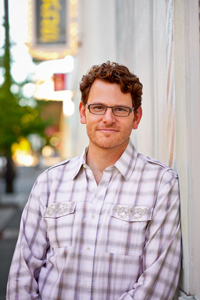 Jim Casella is a composer from Portland, Oregon. Internationally recognized as one of today's most prolific arrangers for marching percussion, Casella has served as a composer/arranger for the Santa Clara Vanguard (1996-2004), and The Cavaliers, 7-time world champion drum and bugle corps from Rosemont, Illinois (2006-09).

Casella attended San Jose State University and the San Francisco Conservatory of Music where he studied with Anthony J. Cirone and Jack Van Geem. In Portland, he works as a composer/arranger for performance groups, as well as film and media projects.

His broadcast composition projects have included nationwide spots for Cadillac, Hyundai, ABC College Football, and Goodwill Industries, plus several clients in the Portland area. He has scored the original music for a variety of films including the feature film "The Graves" starring Tony Todd (Candyman) and Bill Moseley (The Devil's Rejects). Casella's popular catalog of concert music is performed often throughout the world for which he's received the ASCAP Plus award each year since 2009.

Jim Casella is a signature artist with Innovative Percussion Inc. who manufactures his popular series of drumsticks and keyboard mallets. In addition, Casella is an official endorser/clinician for Pearl Drums, Zildjian Cymbals, and Remo Drumheads. He is the producer and programmer of the innovative sample library, Virtual Drumline, and co-founded and operates Tapspace, a publishing company specializing in creative percussion music.[1]